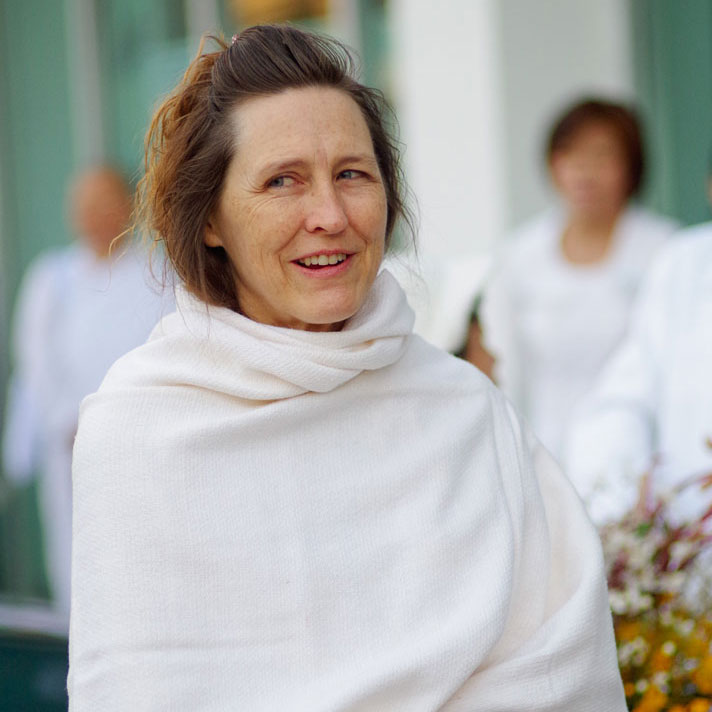 Khun Kathryn Chindaporn (Kate Johnston) is a long-time student of the Venerable Phra Prom Mongkol Vi (Ven. Phra Ajahn Tong Sirimangalo) and has practiced Vipassana since 1986. Khun Kathryn has been teaching Vipassana for over 20 years. Since 1988 she has been leading courses in Thailand, North America, Hawaii, Europe, Israel and India. Khun Kathryn has been a lecturer at the Mahachulalongkorn Rajavidyalaya Buddhist University in Chiang Mai since 1999 and is currently a Thai-English translator and deputy director and meditation teacher at the International Meditation Center at Wat Phradhatu Sri Chomtong Voravihara, Chomtong, Chiangmai. Since 1989 she has translated for Thai meditation masters and published five Thai-English Buddhist translations. In 2000, Khun Kathryn received an award for Buddhist benefactors at the regional level of Chiangmai Province and the Dhamma Column (“Sema dhammacakka”) in recognition of the international spread of Buddhism. The latter was presented by Her Royal Highness to the Thai Princess Maha Chakri Sirindhorn.