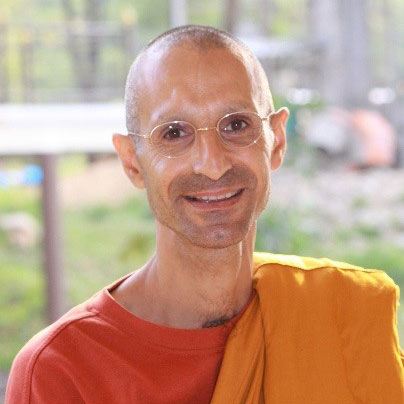 Phra Ofer Adi is a monk who has practiced Vipassana meditation since 1989, first at Wat Rampoeng near Luang Poh Banyat Akkayano, then at Wat Chomtong under the direction of Venerable Ajahn Tong Sirimangalo. Both monasteries are in Chiang Mai, Thailand. Phra Ofer taught meditation in Israel for several years before ordaining as a monk in Thailand in 2001. This was followed by several years as a monk and meditation teacher in a Buddhist monastery in Germany near Frankfurt. Phra Ofer has been teaching Adi in his home country of Israel and in various other places around the world since 2005. In May 2010 he was awarded the “Annual Benefactor of Buddhism Award” in Chiang Mai, Thailand for his services to the Dhamma through the Sangha. Another award followed in May 2011 in Bangkok by HRH Princess Maha Chakri Sirindhorn of Thailand, the “Sao Sema Dhammacakka” (also known as the Golden Pillar of Dhamma) for benefactors of Buddhism, awarded for the spread of Dhamma abroad. Most recently, he was promoted to the Thai monk hierarchy in 2013. Venerable Phra Ajahn Tong Sirimangalo is one of the most respected meditation teachers in all of Thailand. Since the early 1980s, he also has led Vipassana courses in Europe and America. Today he mainly lives and teaches in Wat Phradhatu Sri Chom Tong Voravihara near Chiang Mai in Thailand. This is a large and well-known meditation monastery, which also includes an international center for foreign practitioners. The latter is headed by Khun Thanat and Khun Kathryn Chindaporn. Most recently, in 2016 he was awarded the title “Phra Prom Mongkol Vi” by the Thai Sangha.